Why do whale watching pictures never turn out? We spent the entire day following a pod of 8 whales off the coast of Sydney Harbour. We caught a glimpse of them just as they were about to begin their journey back to the waters of the Antarctic.

The whales kept pace with the boat for a good 5 hours out in the choppy ocean surf. From time to time they would come right up beside the gunnels to get a good look. It was fascinating how the mature whales would be so curious they would by swim alongside the boat and stare at us with one eye. They would then disappear underwater for several minutes, perhaps to tell the rest of the pod what they had seen. It was a playful yet mysterious exchange.

Though, the prima donna of the group indulged us with a great show of sheer power and agility. About one hundred feet from the boat, one of the adult whales jumped up out of the water and did a kind of a back-flop into the water that sent a huge wave over the side of the boat. People shouted and whooped. People cheered and gave each other high fives. Others emerged from the cabin and half-smiled as they barfed over the side of the boat. All in all it was a successful day. (Or, insert cheesey whale pun here.) My take away was a blurry shot of the water and wet feet. 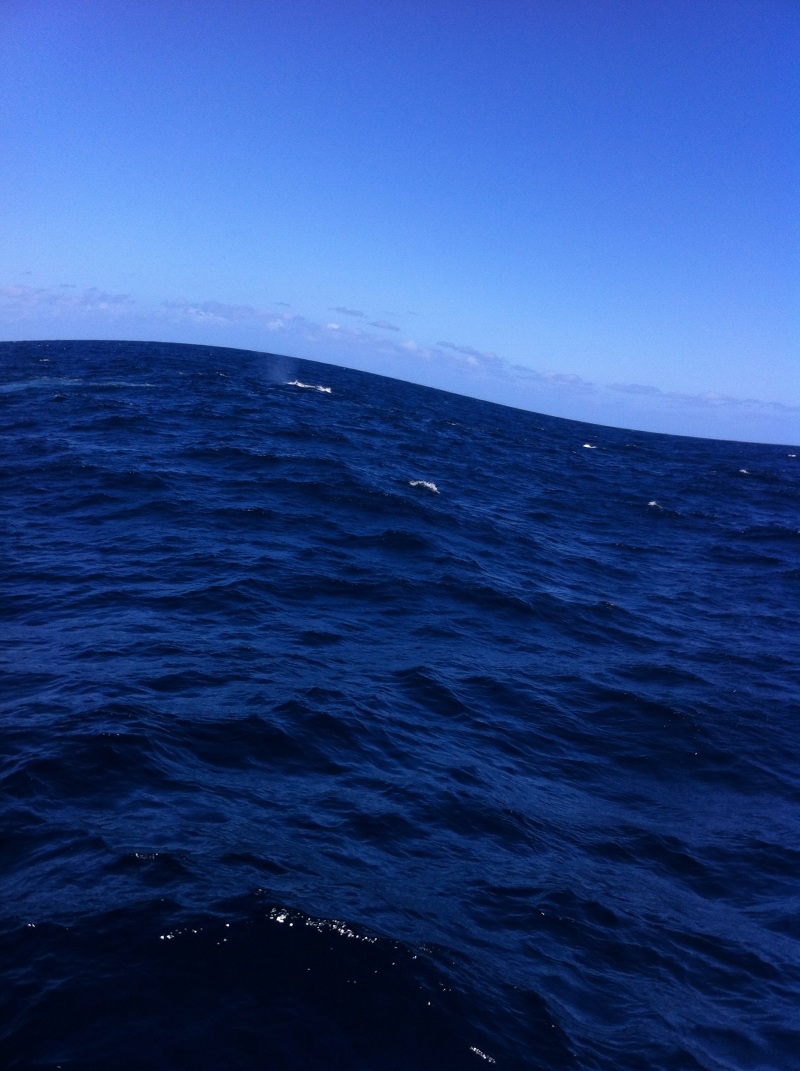 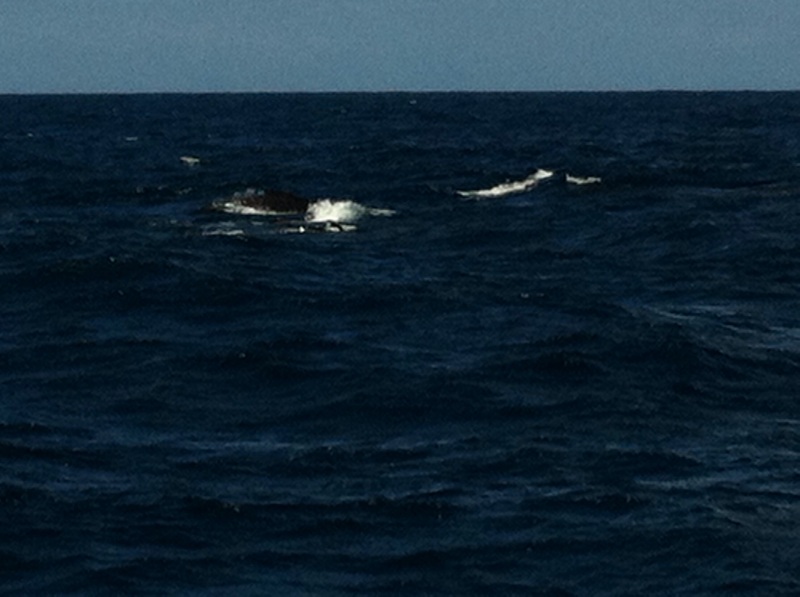